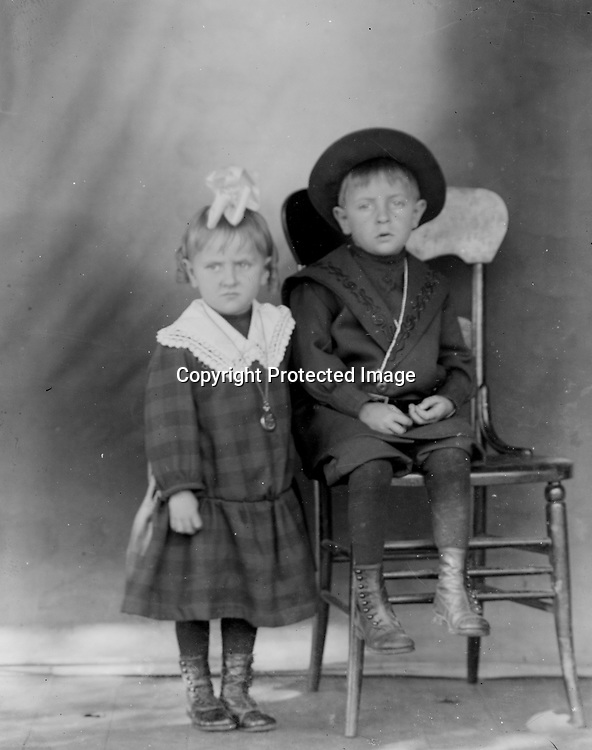 BROTHER AND YOUNGER SISTER
Many of the photographs were taken in sections of Lincoln called North Bottoms and South Bottoms which was home to a large immigrant population of Germans from Russia. Little is known about the whites depicted in the collection. This not-so-happy duo is photographed in the same chair that appears in other photographs.