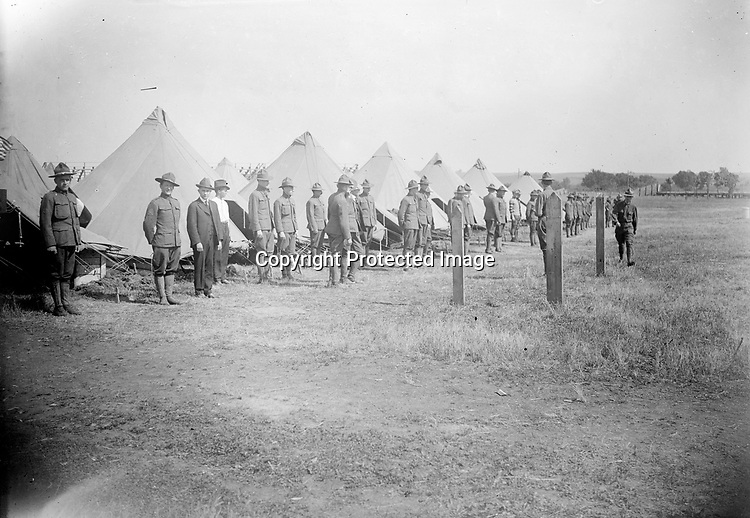 ENCAMPMENT AT THE FAIRGROUNDS. The bleachers, visible between the tents in the image above, and the grandstand backdrop of the photograph below indicate that this military encampment took place at the Nebraska State Fairgrounds in Lincoln. While this sounds like safe duty, hundreds of Lincoln men and several women enlisted in the military during the Great War and dozens died, including two women nurses. A local Red Cross chapter of African American women rolled bandages for wounded soldiers. Several men of the community enlisted, including Dakota Talbert . Two black soldiers from Lincoln, Horace Colley and Clinton Ross, were commissioned as lieutenants.