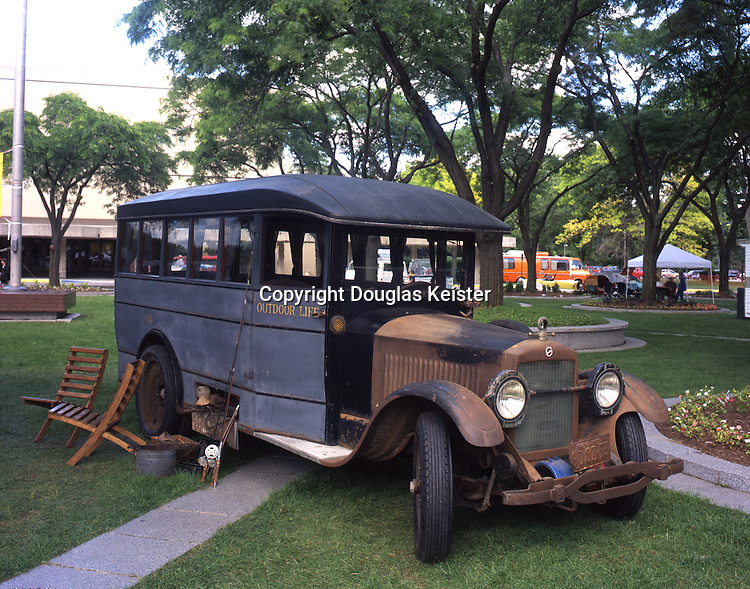 Early camp cars were made from just about anything on wheels. Since almost all early vehicles were built with modular parts, it wasn’t particularly hard to remove seats, doors, and body panels and replace them with other parts. One company, J. B. Pelletier and Son, a coach builder in Bridgeport, Connecticut, advertised in Outdoor Life magazine that it could build just about anything a customer could dream up. In 1923, Charles Brooks of Cuddbackville, New York, saw the Pelletier advertisement and decided to contact the company.

After some correspondence, Brooks took his 1923 Studebaker Big Six Touring Car along with a sketch of his own design to Pelletier and commissioned the company to convert the Studebaker into a camp car. The creation was dubbed Outdoor Life since that was where Brooks had seen the ad. Brooks and his stepson Stan Hubbard, both avid outdoorsmen, used the car until 1937 when it was put in a barn and stored.

In 1985, Win Howard acquired the camp car from Hubbard. Howard decided to leave the Studebaker in a state of arrested decay as a testament to its rugged beauty.
Douglas Keister