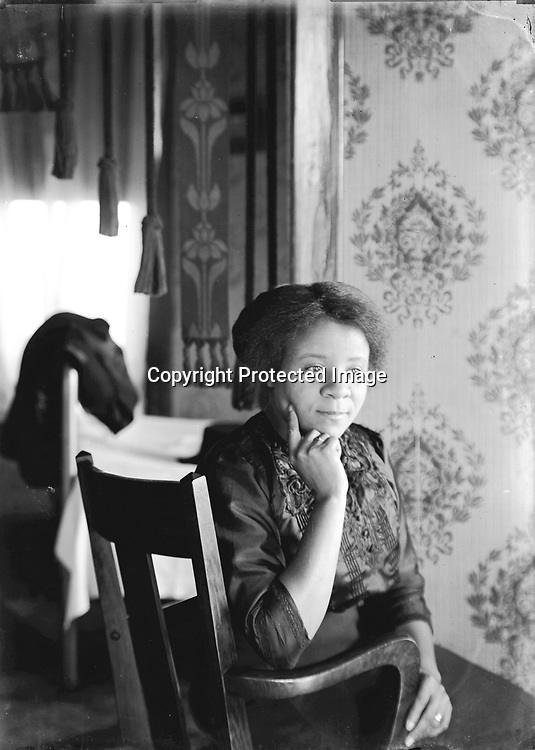 CONTEMPLATIVE FRANCES HILL. Photographing in homes posed special challenges in the days of bulky view cameras and flash powder. John Johnson apparently took few interior photographs but accomplished some effective images. If the rings on both hands are an indication of marriage (perhaps an engagement ring), this may be one of the very latest Johnson images. Frances Hill (1904-1932) married Bert Taylor in September 1929 after moving to New York City, where she died following a car accident on November 19, 1932. This interior is probably in the home of John C. and Mabel Galbreath, with whom Hill lived for most of the 1920s.

The 1920 census shows Aaron Douglas, 21 year old University student, and later one of the premier artists of the Harlem Renaissance, was a roomer in the household of Ben. F. & Lottie Corneal. Ben was head of the waiters club of Lincoln; a second roomer was a barber. They resided at 520 N. 9th Street. The Corneal’s next door neighbors were John and Mable Galbreath at 524 N. 9th Street. John was sometimes a waiter; in 1920 he was listed as operating a restaurant. John and Mable also had a roomer, as well as a stepdaughter--15 year old Frances Hill. It seems likely that Aaron Douglas and Frances Hill were friends. Whether they communicated after both of them moved to New York in the late 1920s is unknown.