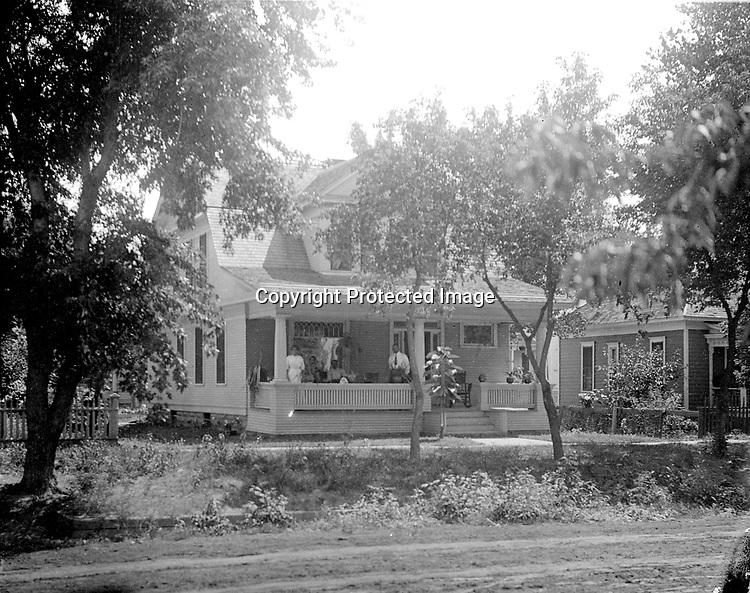 JAMES AND SUSAN O'DONNELL HOUSE. The O'Donnells lived at 623 C Street, in the heart of Lincoln's South Bottoms neighborhood. Immigrant Germans from Russia were the predominant ethnic group in the neighborhood, but the O'Donnells and a number of other African American families resided throughout the area. South Bottoms featured five German churches along with Quinn Chapel African Methodist Episcopal Church at Ninth and C Streets. For many years, James O'Donnell (1872-1930) was the proprietor of a lunch counter in downtown Lincoln.