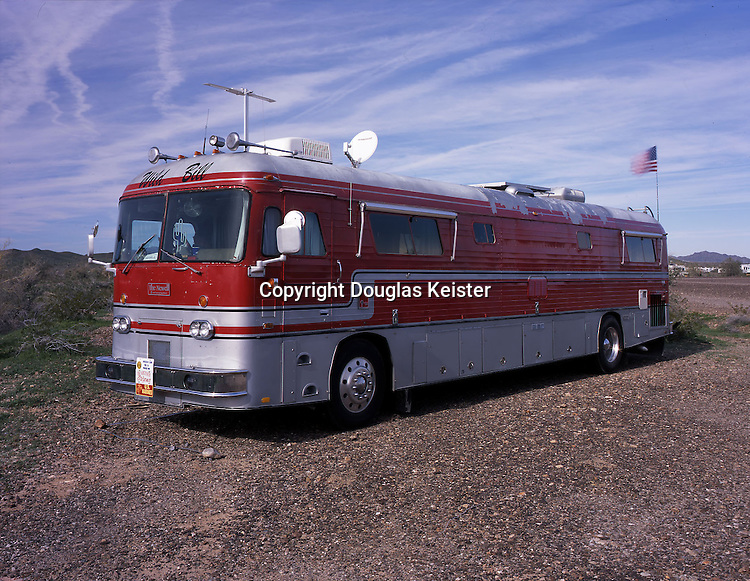 Like many innovative products, the Newell motorhome was born out of dissatisfaction with something else. In 1967, L. K. Newell traveled from Oklahoma to the Streamline factory in El Monte, California, to take delivery of a new Streamline motorhome. The Streamline company had been manufacturing travel trailers since the mid-1950s and had recently moved into motorhome manufacturing. Their Streamline motorhome was regarded as a top-of-the-line product, and Newell had high expectations for his acquisition. A couple weeks after taking possession of his new vehicle, Newell went back to the factory to have some modifications made. While the work was being done, he engaged in some lively conversations with the Streamline designers and suggested ways to improve the vehicle. During one of the heated conversations, someone asked Newell that if he thought he was so smart why didn’t he just make his own motorhome. Newell took the challenge to heart and within a few hours struck a deal. He took charge of the motorhome-manufacturing arm of the Streamline company.

When Newell took possession of Streamline, he set out to build a motorhome from the ground up (the Streamline was built on a Ford chassis). His approach was to combine the best aspects of a motorhome with the best features of a bus. At first he tried using a Madson gas powered bus chassis, but wasn’t satisfied with its performance, so he designed and built his own chassis. Besides its profile, the most notable bus-like aspect of the Newell is the rear-mounted diesel “pusher” engine. This configuration allows for a lower floor and also for extra storage space. Today’s custom-designed Newell motorhomes, known as Newell motor coaches, sell for upwards of $1,000,000. In 1970, the last Streamline trailer rolled out the door, but the Streamline motorhome, renamed the Newell, is still being manufactured today in Miami, Oklahoma.