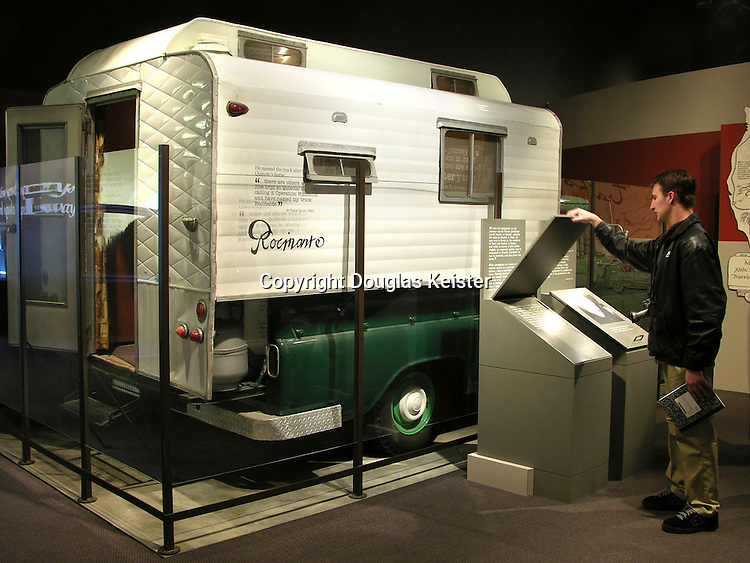 There are few RV adventures as well documented as John Steinbeck’s were in his 1961 novel, Travels with Charley. On September 23, 1960, Steinbeck along with his aged poodle Charlie hopped into his brand new 1961 GMC pickup truck saddled with a Wolverine camper and took off on a ten-thousand-mile, two-month odyssey in search of America. Steinbeck had suffered a small stroke in December 1959 and his wife and friends had expressed concern about his undertaking such an arduous journey, but it was something he felt compelled to do. Much of his trip had to do with seeing American from a down-to-earth perspective and re-experiencing the lives of the migrant farm workers he had documented so well in his book The Grapes of Wrath, which was set during the Great Depression.

True to the form of many RVers, Steinbeck felt compelled to name his rig. After a bit of pondering, he decided to christen it Rocinante after Don Quixote’s horse because many of Steinbeck’s friends felt that the trip was quixotic. Travels with Charley was the icing on the cake of Steinbeck’s career. He won the Nobel Prize for literature in 1962 “for his realistic and imaginative writings, combining as they do sympathetic humour and keen social perception.” John Steinbeck died on December 20, 1968. On April 1, 1998, Rocinante was moved into its permanent home in the main exhibit gallery of the National Steinbeck Center in Salinas, California.
Douglas Keister