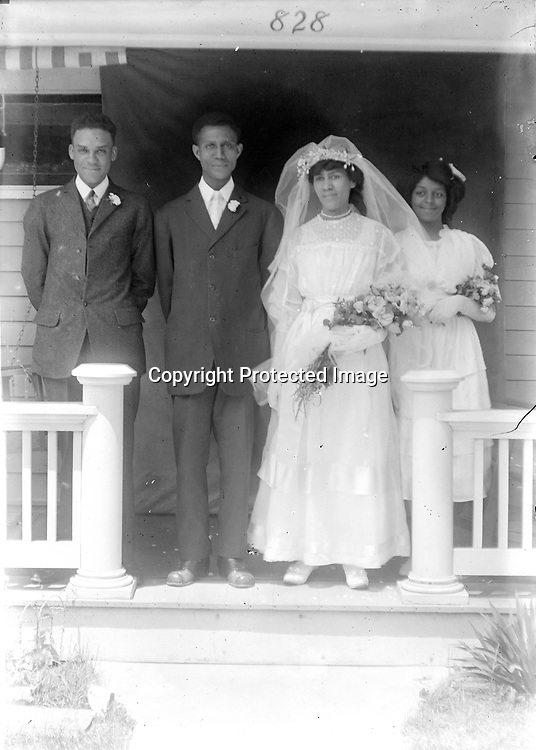 ALLEN WEDDING PARTY. Luther and Ida Allen are pictured at 828 B Street on their wedding day (around 1912). Luther Allen (1885-1969) was prominent in Lincoln's Prince Hall Masons. He was among black leaders from Omaha and Lincoln who met with Gov. Arthur Weaver in 1929 to quell tensions after a severe racial incident in North Platte. Luther was a longtime chauffeur for H. E. Gooch, who published the Lincoln Star newspaper and founded Gooch Mills. Ida Allen (1887-1983) was the daughter of Rev. George Maston, with whom they shared 828 B Street. She worked as a maid at the Miller and Paine store. When photographer John Johnson died in 1953, Ida helped distribute his photographs among the families portrayed.