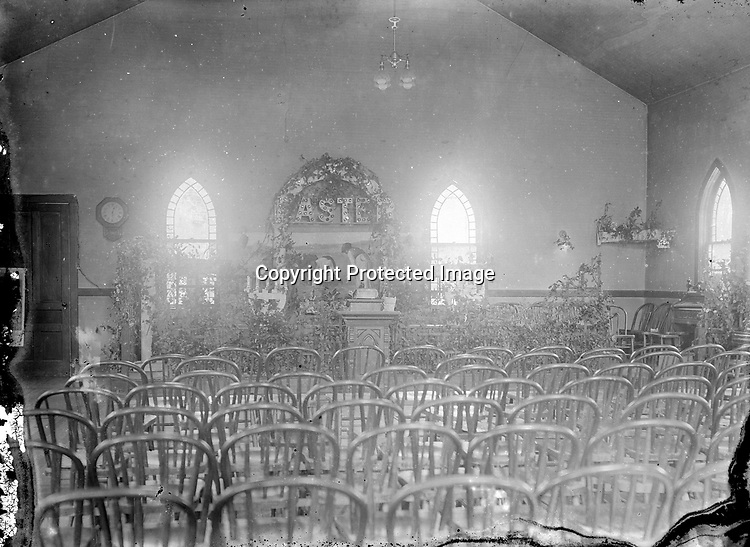 EASTER DECORATIONS IN QUINN CHAPEL, AFTER 1915. John Johnson and his wife, Odessa, were members of Quinn Chapel. Here he photographed the interior of his church after it was moved and remodeled. Note the new Gothic arched windows. The congregation enlarged the church at Ninth and C Streets in 1926. A Johnson photograph of that construction is his last firmly dated view, although he lived until 1953.