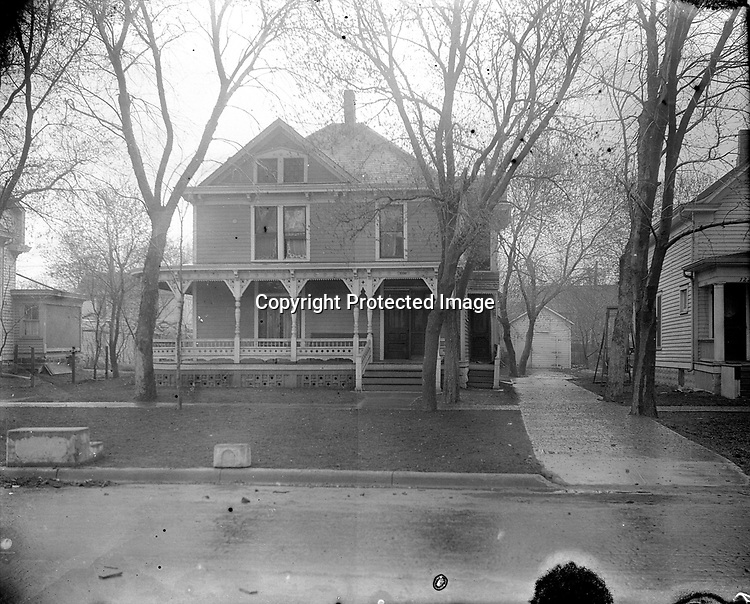 JAMES JUDGE HOUSE, 1210 D STREET. Built around 1882, this Queen Anne-style house with Eastlake detailing was owned by the Judge family from 1910 to 1938. James Judge was a letter carrier and later a postal clerk. John Johnson was a janitor at the post office for many years and took dozens of photographs in and around the post office and courthouse. Judge's house was about four blocks from Johnson's.