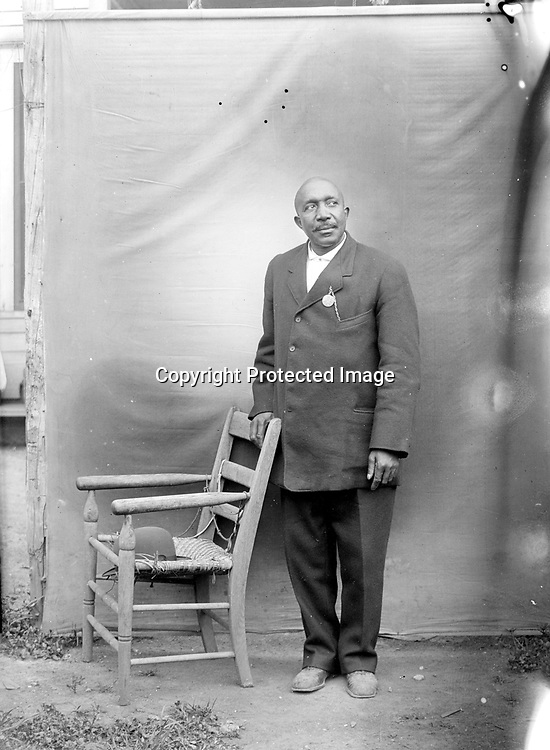 A GENTLEMAN. A worn chair in need of a new cane seat contrasts with a carefully dressed man in neatly pressed trousers. In one image, he chose to pose bareheaded, with his nice hat on the broken chair. In the other, the chair becomes his footrest as he peruses an open book, probably a Bible.

The medallion on a chain is a Masonic Compass and Square indicating he was a member of the Prince Hall Masons. Lincoln's African American community had an organized Masonic lodge by the 1880s, and various Masonic organizations remained active among both men and women throughout the 20th century.