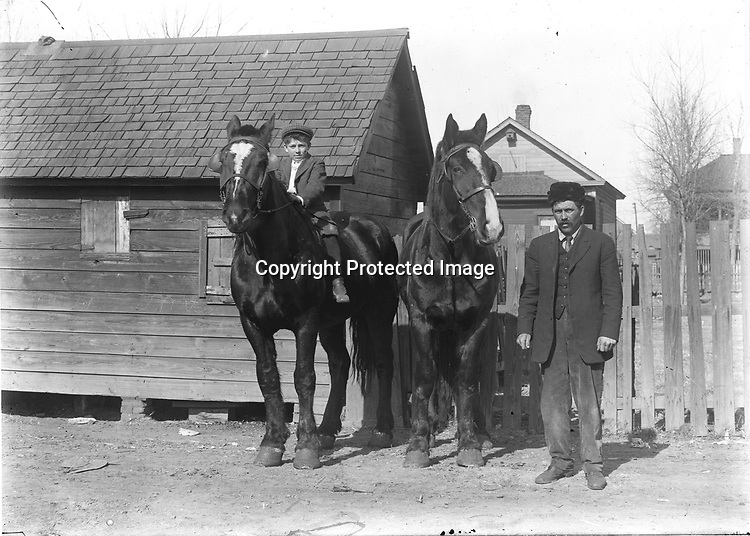 TWO TALL PERCHERONS. In a dirt alley behind a small frame house, a man proudly displays a pair of gleaming Percheron draft horses. The boy comfortably seated bareback atop one of them is probably his son. It looks like these big horses could barely fit into the tiny barn behind them. Many Lincoln houses retained carriage houses well into the 20th century, and backyards in the German-Russian North and South Bottoms neighborhoods often included tiny barns, chicken coops, and summer kitchens. Importing draft stallions from Europe was a major business in Lincoln in this era, before trucks and tractors became the major source of horsepower on farms.