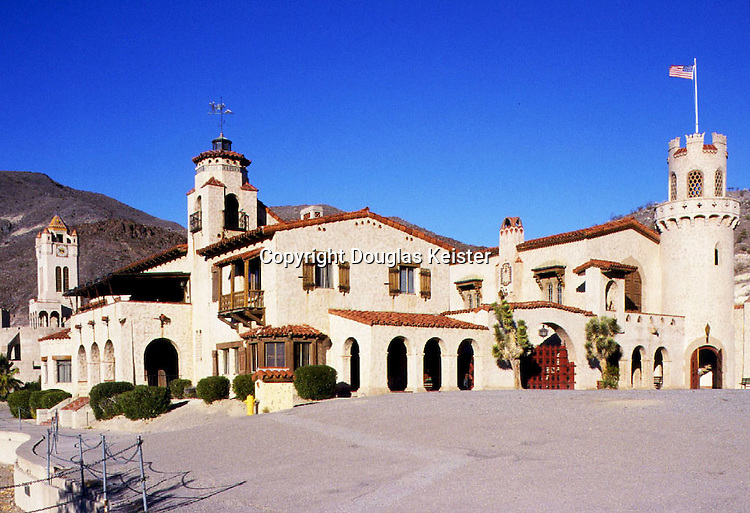 Scotty's Castle
Death Valley California
Despite its frenetic skyline, a close look at Scotty’s Castle in Death Valley, California, quickly reveals the basic simplicity of its layout. It consists of a pair of long rectangular buildings separated by a courtyard, to which a fantastical array of arcades, bays, chimneys, and turrets are somewhat randomly appended. While the Castle’s plan may be simplistic, the quality of its finishes and furnishings is nothing short of spectacular--a feat owed largely to Hungarian-born architect Martin de Debovay, who supervised the execution of its wood carving, ironwork, and tile.
Douglas Keister