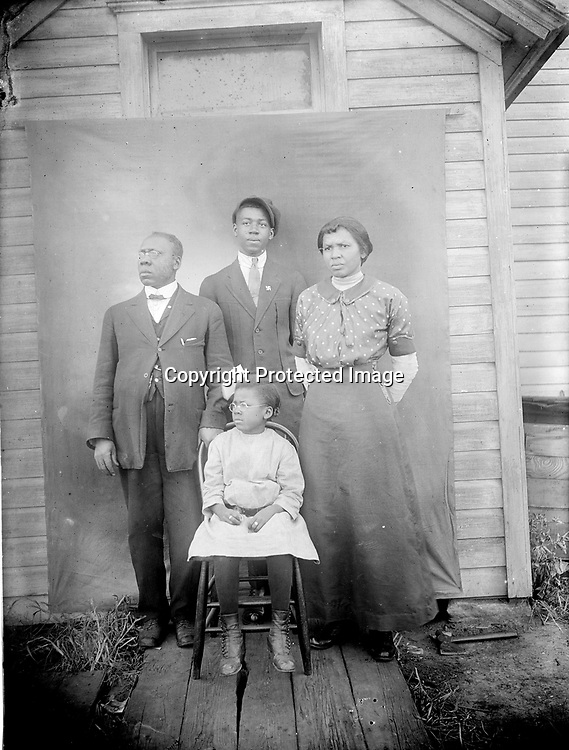 THE TALBERT FAMILY. Rev. Albert W. Talbert (1859-?), his wife Mildred (1874-1960), son Dakota (1898-1968), and daughter Ruth (1906-2005) pose in front of Newman Methodist Episcopal Church at 733 J Street around 1914. The Talberts came to Lincoln in 1914 from Guthrie, Oklahoma, and Reverend Talbert ministered to his African American congregation until 1920. Mother Millie later worked as a hairdresser to support Ruth through Lincoln High School and as she earned a two-year teaching certification at the University of Nebraska in 1926. This image is pivotal in the understanding of this body of photographs, because the negative reached California in the collection of Douglas Keister, while an original print of the family portrait survived in the possession of Ruth Talbert (later Greene, then Folley). She told Abigail Anderson and Edward F. Zimmer in 2002, "Mr. Johnny Johnson took our picture." Her oral history interviews with Anderson greatly enriched Lincoln history and this book.