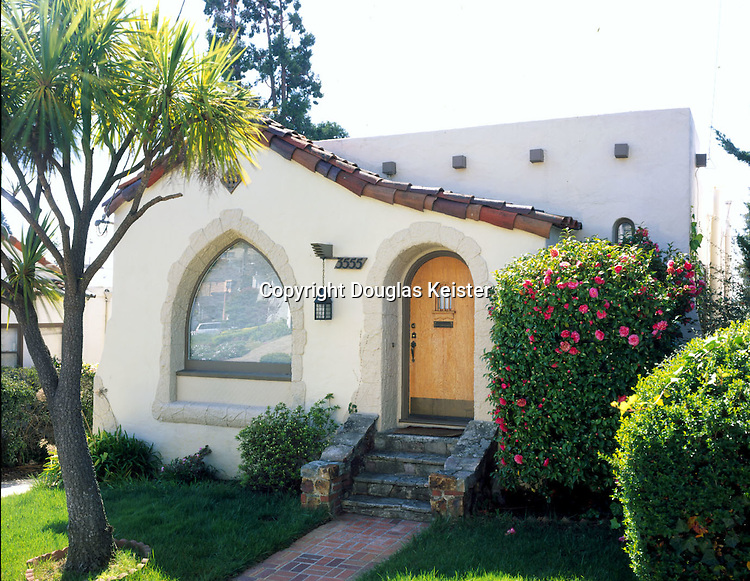 A concentration of exotic detail distinguishes this home on Oakland’s Monterey Boulevard. Dating from 1931, it is one of a number in the area built by a local contractor named Lyons. The unusually narrow facade boasts an Arabic-arched living room window, while a handsome set of stone steps leads up to the more conventional round-arched entrance. The catslide roof with its edging of barrel tiles both reduces the the scale of the entrance and provides an effective foil for the Pueblo-style parapet with its projecting beam ends. The pendant lamp provides a final flourish.

Clever manipulations of scale transform this simple Monterey Boulevard bungalow into a visual delight. The unusually low height of the entrance arch can be readily gauged from the door beyond, and sets the tone for the rest of the facade. The narrow chimney is subdivided into two even more diminutive blocks and studded with bits of rubble stone in the Storybook manner; a tiny niche accents the lower face. After decades of exposure, the roof’s barrel tile has gained the dark patina much prized by architects of the era; to the owner’s credit, it has not been destroyed by cleaning or wanton replacement.
Douglas Keister