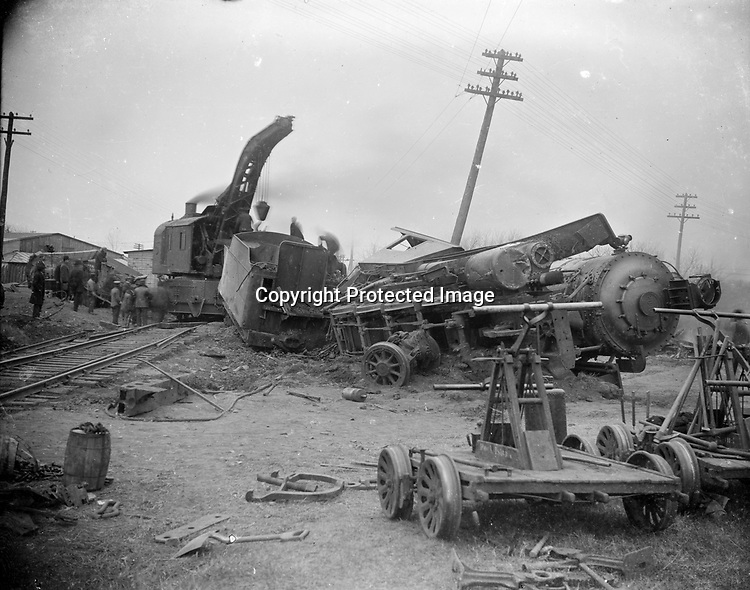 WRECK OF LOCOMOTIVE NO. 2040. This John Johnson photograph is his second earliest known image (the earliest verified date image was the collapse of a post office on May 13, 1910). On November 14th 1910 at 8:30 a.m. a ballast train collided with a switch engine at the corner of 25th and E Street, not far from John Johnson's home at 1310 A Street. Newspaper accounts describe people rushing to the scene with their cameras and "kodaks". John Johnson was one of them. The derailed and toppled locomotive bears the name plaque 2040 on the front of the engine. One of the derailed cars in the background is painted with the initials CRI&P of the Chicago, Rock Island and Pacific Railroad. A rail-mounted crane is in the process of lifting the tender away from its wrecked locomotive. Rock Island Railroad built its line through Lincoln in 1892, the last of several railroads to add service to Lincoln. Abandoned in the 1970s, the Rock Island right-of-way is now one of several bicycle trails through the city.