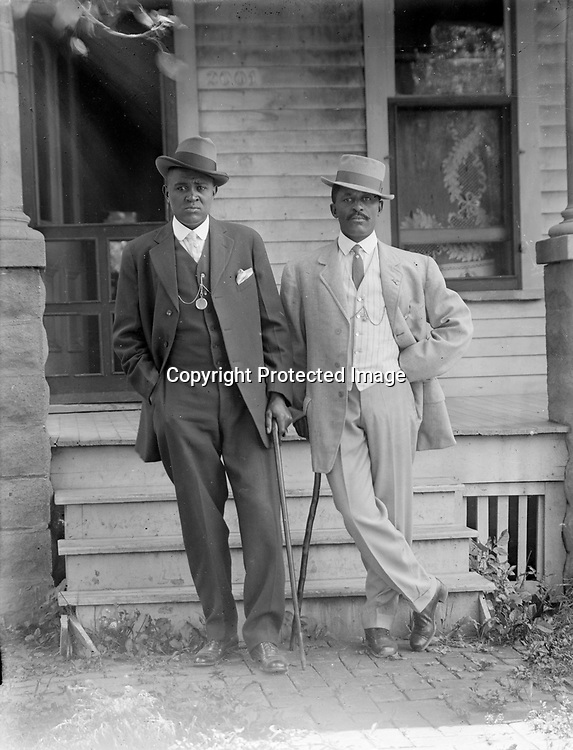 GEORGE W. BUTCHER AND FRIEND
The address on the house behind these well-appointed gentlemen is "2001," corresponding with the home of George and Fronia Butcher at 2001 U Street in Lincoln. Butcher (thought to be the taller man) was born in Philadelphia in 1874, died at the V. A. Hospital in Lincoln in 1958. He worked for Chicago & Rock Island R.R. as a porter and for Burlington R.R. as a laborer in the Havelock Shops and later as an "ashman" at the municipal power plant. Fronia Butcher was even more long-lived, reaching 100 years of age (1879-1979). His dapper companion in this portrait remains unidentified.