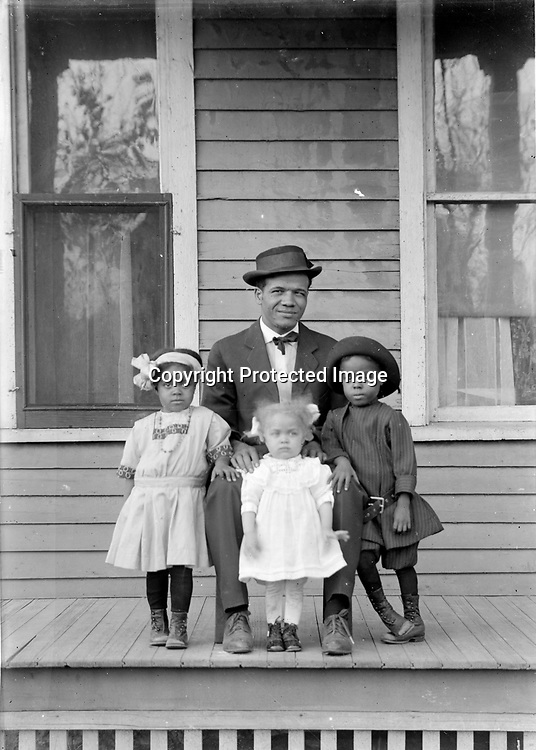 MANITOBA JAMES AND HIS CHILDREN
Manitoba "Toby" James had three daughters and two sons. Pictured with him are his firstborn son Mauranee (in the hat at right) and his daughters Myrtha (left) and Edna (center). James worked as a waiter and porter in the 1900s, then as a cleaner at various Lincoln laundries in the 1910s and '20s. He left Lincoln for Grand Island, Nebraska and then to Omaha, Nebraska, where he was a city inspector of weights and measures. He moved to Oakland, California in the 1930s, where he owned Owl Cleaners. He died there in 1951.