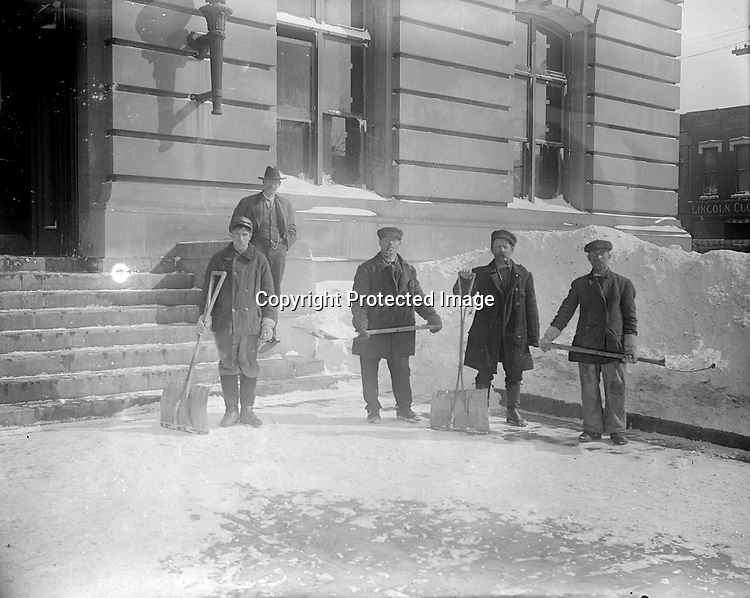 SNOW SHOVELERS AT THE POST OFFICE. John Johnson was listed in city directories as a laborer or janitor at the post office on and off from 1904 to 1917. When he resigned in 1917, his pay was $600 per year. He often photographed his workmates, here taking a break from shoveling a deep snowfall. They stand outside the south entrance, which was in-filled with a window in the remodeling and extension of 1914-1916.