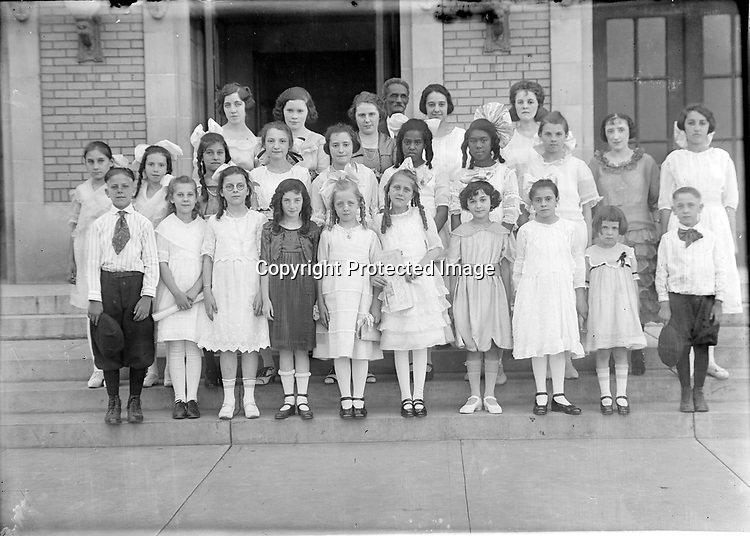 STUDENTS AND TEACHERS AT LINCOLN HIGH SCHOOL. Since he had no studio, John Johnson took most of his photographs in the open air. A number of the girls in the front row are holding piano music indicating they may have been giving or attending a recital since they do not appear to be high school age.

The students in the front two rows of this group on the steps of Lincoln High School are mixed in age, race, and gender. Lincoln's public schools were integrated, as was the University of Nebraska. The women in the group were presumably teachers; the man in the rear may have been the father of the two African American girls. Lincoln Public Schools did not hire an African American teacher until the 1950s. Lincoln's newest elementary school, under construction in 2008, is named for Lt. Col. Paul Adams, a former Tuskegee Airman who taught at Lincoln High School from 1964 to 1982.