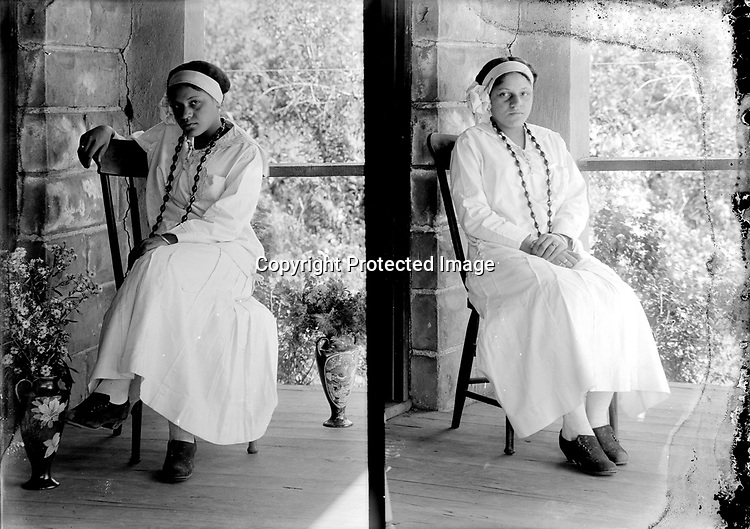 DOUBLE PORTRAIT. Clearly John Johnson had access to the kind of negative holder that exposed two separate images on a single glass plate, but his surviving negatives suggest he seldom used it. Here he captured two effective portraits of a young woman on the porch of a concrete-block house. She is probably Dorothy Loving, who married Clayton Lewis (1903-1967) around 1924. They were both Lincoln High School graduates, and she was an active member of Quinn Chapel.