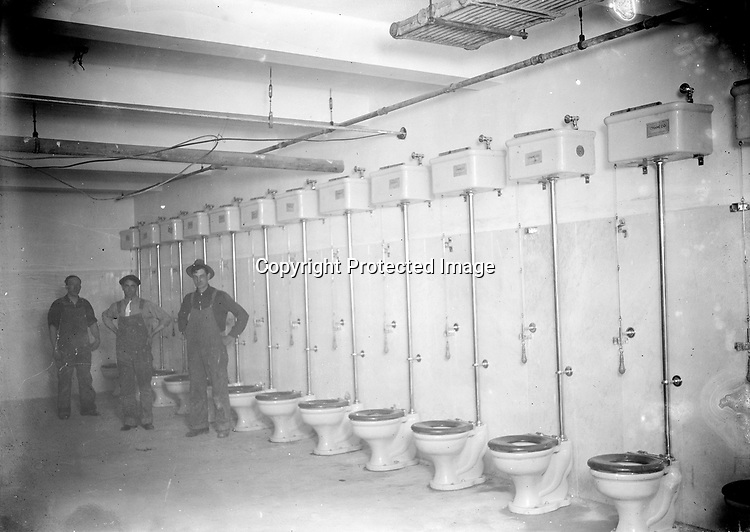 MAIL CARRIERS' TOILET ROOM. The building plans of 1914 for the expansion to Lincoln's courthouse and post office include a "Carriers Swing Room" in the basement adjacent to the "Carriers Toilet." The latter room was planned and built with 14 toilets arranged along one wall, as well as marble wainscoting. The lack of privacy was quite deliberate--both of the carriers' rooms and many parts of the post office included a "lookout" for covert surveillance by postal inspectors, intended to prevent theft from the mail. John Johnson worked as a janitor in the federal building. This image might be one that only a janitor/photographer would have taken.