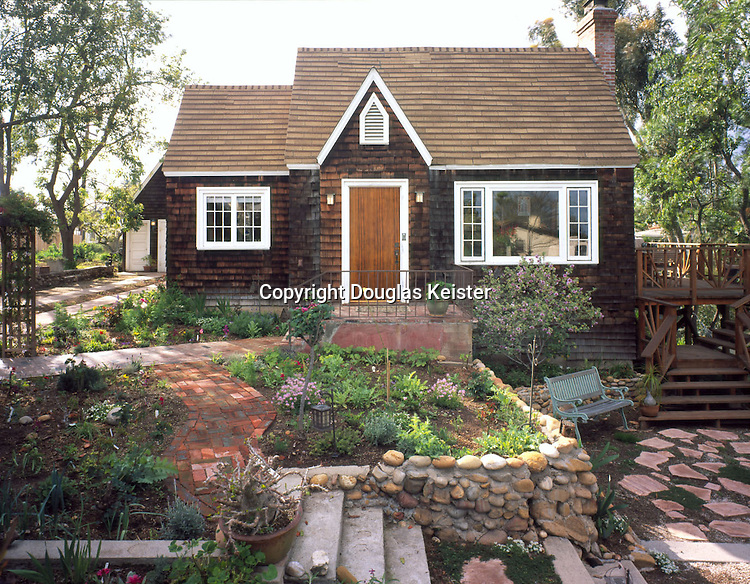 4730 Vista Street.
San Diego, California. 1925. Built by Lewis Dodge, this modest Cape Cod cottage was nearly uninhabitable when it current owner bought it four years ago. A leaking roof, ancient plumbing, rotted windows and woodwork, even rats nests in the walls did not deter the owner, who was attracted to the original detailing still intact, such as mahogany trim, glass doorknobs, and original bathroom fixtures. The location, nestled among trees in a secluded canyon was also an attraction. The owner researched the builder, and even found his 90-year-old son, and her efforts have paid off as the house was recently awarded Historic Designation by the City of San Diego. The original, simple shingle siding emphasizes the Nantucket cottage feel of this sweet home. Future plans are to replace the roof with a wood shingle one in a seawave pattern, based on pictures of the original. RELEASED
Douglas Keister