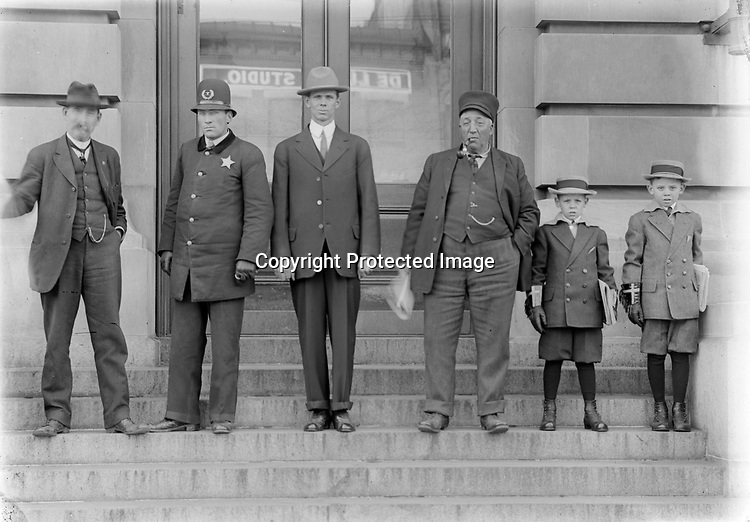 COURTHOUSE DENIZENS, C. 1915. The north steps of the post office are the setting for this group portrait, which includes a policeman and two newsboys. Mirrored in the glass doors is a sign for Deluxe Studio, a photographer's establishment north across P Street from the courthouse. John Johnson's care in composing images suggests he was probably aware of this reflection.