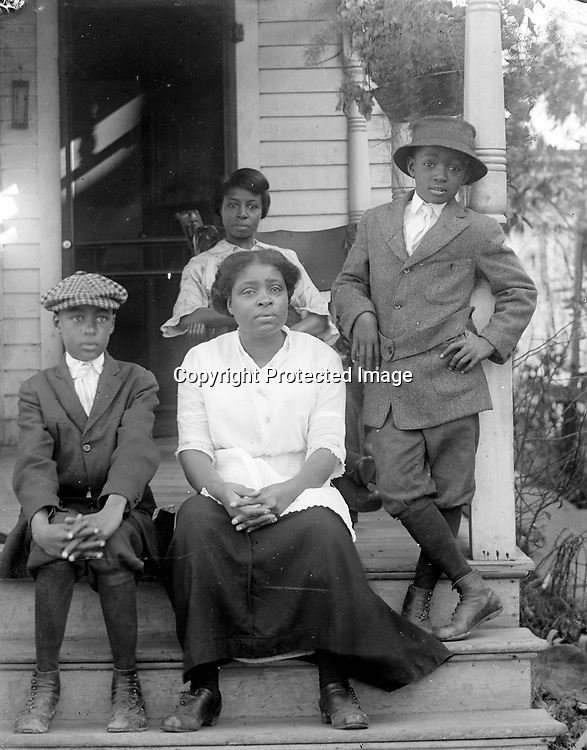 LIZZIE WOODS AND HER SONS. Elizabeth (Lizzie) Woods (1877-1964) sits between her sons Millard (left) and Delmar on their front steps at 650 South Twentieth Street. Her sister Maude Johnson (1880-1963), who lived next door with her husband, Cicero (1869-1941), sits behind them on the porch. Maude and Lizzie's sister Cora Thomas was mother of the children seen on pages 60 and 61. Lizzie's husband, William Woods (1867-1944), was well known as the caretaker of the Nebraska Executive Mansion for 36 years, serving 11 governors. He also worked as a policeman, manager at the country club, and operator of a restaurant at the Nebraska State Fair. He was a leading member of Quinn Chapel and a founder of Lincoln's African American Masonic Lebanon Lodge. His son Millard married Ernesteen; Delmar's wife was Esther. Delmar worked as a laboratory assistant at the University of Nebraska at Omaha.