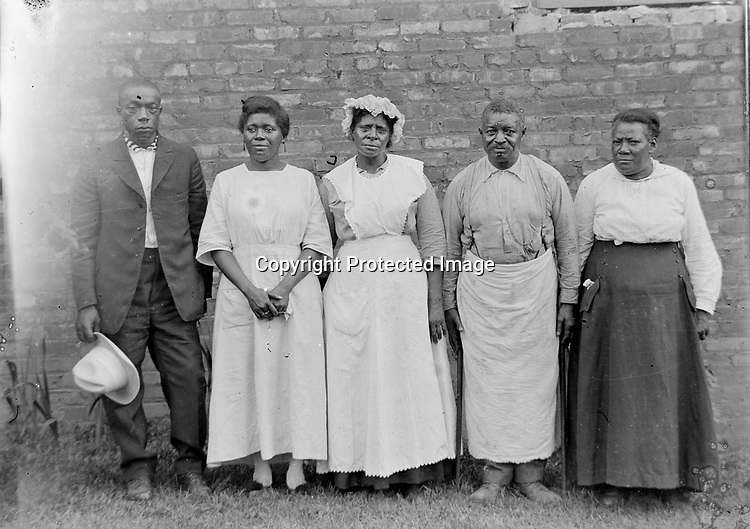 JOHN AND ODESSA JOHNSON AND FRIENDS. Photographer John Johnson doffs his tall white hat for this self-portrait with his wife, Odessa, and three friends in their work clothes. They have posed on grass beside a rough brick wall, adding texture to the image. If Johnson created any business records or other accounts of his photography, they have not been found so one cannot identify who might have assisted him in self-portraits and in handling his bulky equipment. A good candidate is Earl McWilliams (1892-1960), whom Johnson noted as the only young man among the "photographers assistants" in his typescript "Negro History of Lincoln 1888 to 1938." McWilliams was the son of former slaves John and Sarah McWilliams, who settled their large family in Lincoln in the 1880s after homesteading near Falls City.