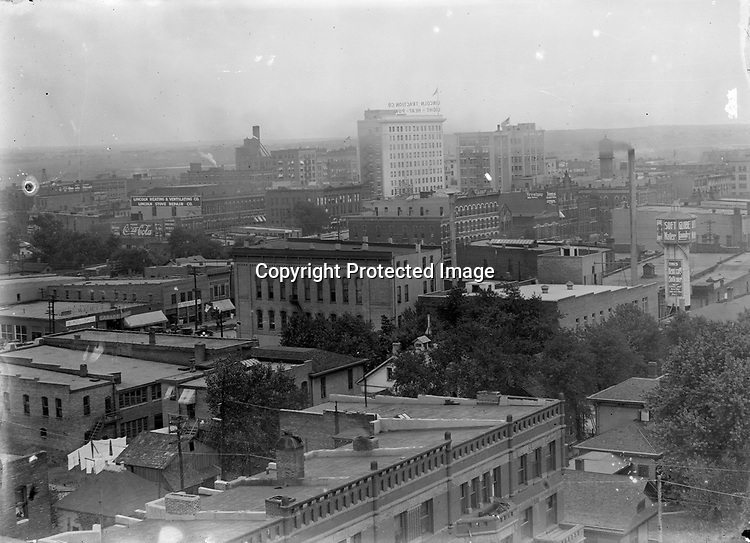 AERIAL VIEW OF DOWNTOWN LINCOLN. The photographer's perch for this cityscape was the Metropolitan Apartments, an eight-story structure built in 1916 at Twelfth and K Streets. In the foreground is Baldwin Terrace, one of Lincoln's few row houses built in the 1880s. The tall white office building at the center of the horizon is the Terminal Building, built by Lincoln Traction Company as the terminus of its streetcar system in 1916.