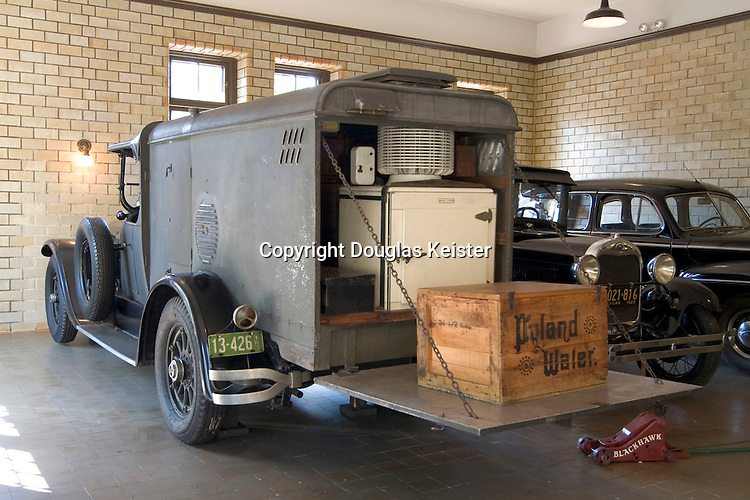 The Vagabonds were hardly roughing it when they went on their excursions. A full complement of vehicles loaded down with furniture, tents, food, cooking equipment, and an entire staff to attend to their needs followed along like a motorized wagon train. Add the ever-present reporters and photographers, and the expeditions took on a circus-like atmosphere.

Pictured here is the 1922 Lincoln kitchen truck used on some of the later expeditions. The truck was loaded down with a supply of food staples such as steaks, ham, bacon, vegetables, eggs, milk, and cream that were purchased along the way from farmers. Local people frequently dropped by the camp with gifts of home-baked goods and fresh fruits and vegetables. One camp employee was assigned to go into town for a special bread that had been baked for Henry Ford. The group enjoyed noonday meals and generous rest periods at pleasant wayside areas that were early counterparts of today’s roadside table parks. The 1922 Lincoln was photographed in the garage at Fair Lane, the Henry Ford Estate in Dearborn, Michigan. A White truck that carried tents and equipment for the Vagabonds is on display at the Henry Ford Museum.
Douglas Keister