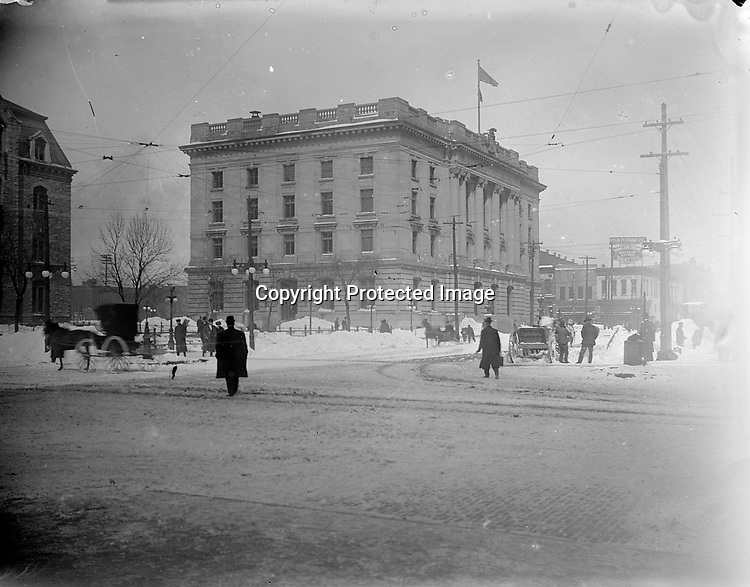 UNITED STATES COURTHOUSE AND POST OFFICE, LINCOLN, 1910-1915. No single building figures more prominently in John Johnson's photographs than the new downtown post office at the center of this snowy view of Government Square. The building at the left was the earlier courthouse and post office, built in the 1870s. The federal government sold "Old City Hall" to the City of Lincoln, which used it as the seat of municipal government from 1905 to 1969.