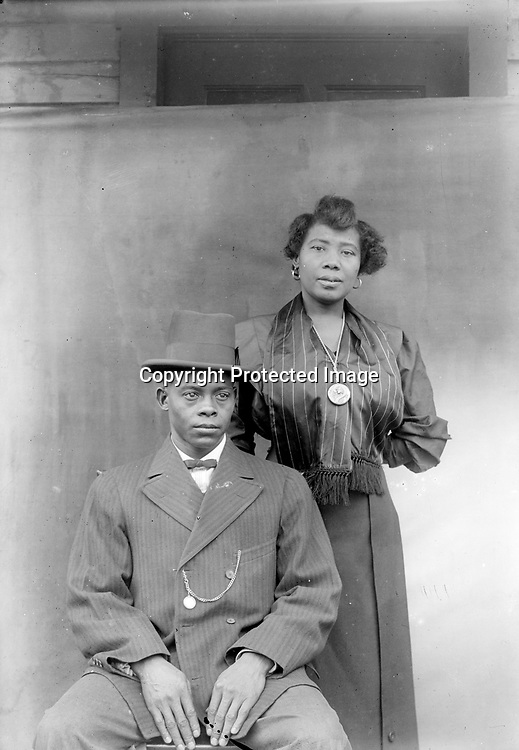 LEON AND BREVY (HILL) LILLIE. Brevy (Hill) Lillie was one of the oldest of several children of P. M. E. and Eliza Hill. P. M. E. Hill gave an oral history to an interviewer with the WPA program of the 1930s, tracing the family ancestry to the Yuruban people of Africa. He celebrated their heritage by giving several of his children African names--sons Pahio and Tazonia and daughters Zanzye and XaCadene. Ruth Folley remembered her Lincoln High School classmate Zanzye as very brilliant. Zanzye Hill went on to earn a law degree from the University of Nebraska in 1929, Nebraska's first African American female graduate in that profession. She served as chief counsel for an Arkansas insurance company before her death in the 1930s. Her younger sister XaCadene became a physician.